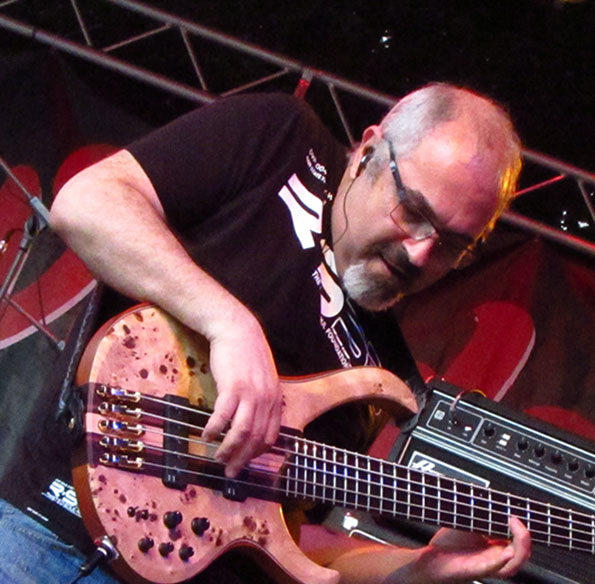 He starts playing guitar at the age of 6, thanks to his uncle Gianni Primerano (Guitar player in the 60s), who taught him the first rudiments on 70s songs.
Then, starting at 15 years old, his first experiences with different rock groups where engages in different genres, mainly rock.
Historically guitarist and singer, in 1988 was one of the founding element, voice and guitar of THE "G" COVER BAND (Cover Genesis), until 2001.
Subsequently, during a short experience in a cover band Marillion discovers his love for bass guitar.
In 2006 joins Nomalia, of which is the author of many lyrics of the tracks and with which produced the CD demo "FATHER", now produced as "UNO", still by Nomalia.
In 2009 joins Silver Key, shortly after the release of the first CD "IN THE LAND OF DREAMS", with which covers the promotion tourneè of the album.
In 2014 records the second CD with Silver Key, "THE SCREAMS EMPIRE", with Ma.Ra.Cash Records.
In 2017 participates with two tracks on CD "MAYBE" by Habelard2.
On 2019 records the Third CD with Silver Key, "THIRD", with Ma.Ra.Cash Records.