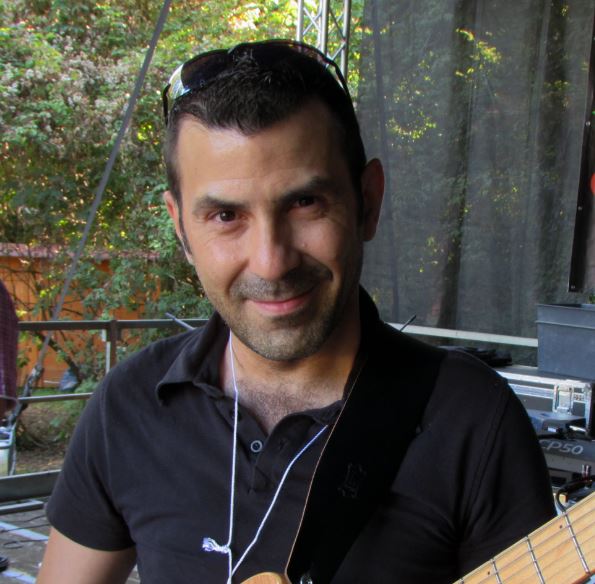 Slapdash and improvised guitarist since he was 14 yo he approaches to guitar world due to Eric Clapton, Mark Knoplfer and Pat Metheny but he ends up at the Free Sound of Milan in the hands on one of the most pupular milanese heavy metal guitarist virtuoso Tom Porta.

His passion and love for this instrument bounded for many years through cover bands , school concerts and some original production failed attempts but only into the next decade his passion become more concrete and effective.

On 2007 he produce his first records with Roaming Reference “Laid Back “ an easy jazz instrumental work produced at Gran Gran Studios in Milan.
On 2010 he self-produced an instrumental acoustic EP called “ a life in a moment”.
On 2014 joined Silver Key replacing Carlo Monti and cooperate with the guys to realise the second album of the band The scream empire on Maracash records label.
On 2016 lend his guitars to the Davide Manara project “Solaris a novel in music” an EDM Fusion instrumental EP based on the famous Stanislaw Lem novel Solaris.
On 2017 establish with Davide Manara the Blue May Studios and Production.